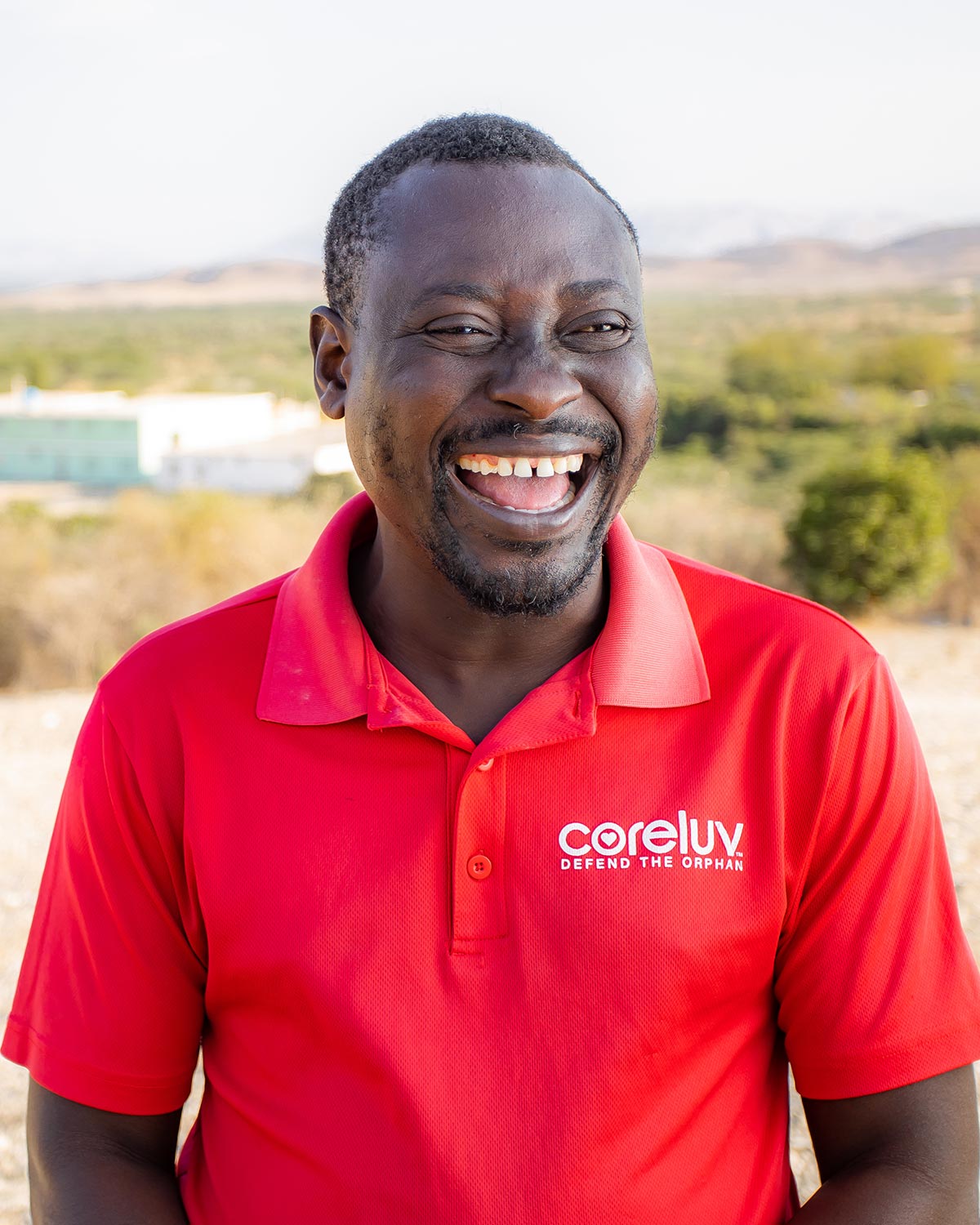 We first met Rubens at the airport in 2013 while traveling back and forth with our mission teams. As we began establishing a relationship with him, it was clear that God’s hand was on Rubens and that he would play a part in Coreluv’s story in Haiti.
Ruben’s family background and beliefs are rooted in voodoo. He was raised with the belief that voodoo was the only way to protect him and his family. Rubens says, “Everyone in Haiti knows about Jesus, but not everyone follows Him.” As his relationship with Coreluv and our missionary, Jake, developed, Rubens decided not to just know about Jesus but to follow Him wholeheartedly.
In July 2015, Rubens’ faith was tested as his youngest daughter was diagnosed with Status Epilepticus, and she was in desperate need of a miracle. Many others told Rubens’ family that his daughter’s sickness could only be cured by voodoo. As a man of God, Rubens trusted God was the only one who could heal his daughter, and God did exactly that.
Jesus is evident in Rubens’ life to all who come in contact with him. He not only plays a key role in Coreluv’s story but also makes an impact daily in the lives of our children, Haitian staff. Today, Rubens not only serves as the Co-Operations Director in Haiti, but he is also Pap to our children as well as “Coach Rubens” to our soccer team, who won a Soccer Championship in 2017! We thank God for Rubens and for each staff member that chooses to defend the Orphan with us!
“God took me, a man with no father or mother, and placed me in these children’s lives. When I was their age, no one told me about Jesus or about the Bible. Today, I get to teach the children about who Jesus is so that they will grow up and know Him.” -Papa Rubens
Back
Donate Now